There are so many things involved with relocating from one home to another, that it is easy to make mistakes. Here are three that many people make and what you can do to avoid them.

Possibly the most common mistake people make is moving at the wrong time. Moving companies are busiest in the spring and summer and for a few reasons. People just prefer to move when the weather is warm. However, wedding season starts around spring and peaks between June and September. Additionally, summer break for schools typically start at the beginning of June and ends around August, a time period when students and families tend to move.

Relocating during these times typically results in higher moving costs, not only monetarily (movers tend to charge more during peak times) but also in terms of time. With more people on the roads and in stores, it takes longer to get things done and go anywhere.

It's better to relocate in the fall or winter when moving companies aren't as busy and more willing to cut you a deal on rates. You can save as much as 30 percent on moving costs, and it won't be so frustrating trying to get from one place to another because the roads and stores will be quieter.

You should also try to move during the middle of the month, because the beginning and end of the month tend to be peak times for movers too. These are times when people are more likely to be moving out of old homes or getting into new ones.

One mistake people who move across state lines frequently make is not researching the laws for regulated items they may have in their possession. For instance, gun permits from one state aren't always considered valid in another state. If you own a firearm, you need to make sure you can legally possess it in your destination area.

Plants are another thing that could possibly get you into trouble at a state border. Many states restrict the import of certain plants from other states because they want to reduce the risk of plant-borne diseases and pests ruining local crops. California bans the import of all citrus plants, for example. So if you tried to cross the border with your mini lemon tree, it would either be confiscated or you would be turned away.

If you're moving to another state, take time to research local laws regarding any regulated items you possess to avoid any legal hassles you may face when you arrive.

Not Setting Aside After-Move Money

Many people do a great job of developing budgets for their moves. However, one area where many fail is not setting aside money to purchase things they may need after they relocate to their new home. This could lead to problems as minor as not being able to give their new living rooms a coat of much-needed paint to as serious as not having enough  money to buy groceries or pay the deposit to get the utilities turned on.

When planning your moving budget, be sure to factor in things you may need in your new home such as:

You should add in the cost of replacing things you had to leave behind because you couldn't bring them with you, such as plants or pets.

For assistance with making your move as smooth and trouble-free as possible, contact a local moving company like Wheaton World Wide Moving. 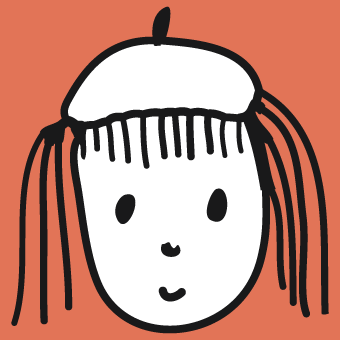 When I started thinking about my kids getting older, I realized that I needed to carefully consider where they would be going to school and how that might affect their lives. Instead of ignoring what I saw at the local public schools, I decided to pick my family up, move them across the state, and try to create a better, more simple life. It was a difficult challenge, but ultimately, it was incredibly rewarding. I wanted to make this blog to make it possible for others to realize that moving, even though it's stressful, might mean improvements in your personal and professional life. Don't be afraid to do something new!